Yeah, I have a blog, how did I forget about this?! Hopefully managed to delete all the spam comments advertising online casinos, shit MMO games and various scams. With my equally forgotten website gone and my short lived stint on Twitter over it might be worth rebooting the old blog. No new years bullshit optimism here (there'll be none of that for a few years) so what better way to resurrect the blog while the world burns and we all spiral into total oblivion than with a little Fallout Wasteland Warfare. Grab your pipe gun and put off OD'ing on jet just for a moment.

This is a commission job I started working on last year and I've got a fair bit of stuff to work through. All the models here are resin castings rather than the bendy plastic ones. I kicked things off with a set of survivors. 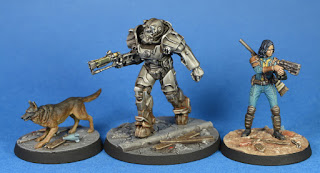 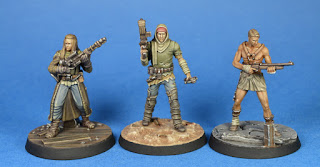 Of course my favourite has to be the powered armour guy. I am still trying to get used to the more realistic proportions of these armoured models though, especially the size of the guns. Hard to drop the expectations of chunky 28's. It's a pretty beefy looking model all the same. The other survivors have that digital sculpt look (no surprises there) that makes them look a bit wooden and lacking in life. The vault dweller is the best of the the four regular survivors and is really only let down a touch by the soft sculpting of the pistol.

Another armoured model in the X01 survivor this time painted in a Nuka Cola colour scheme. 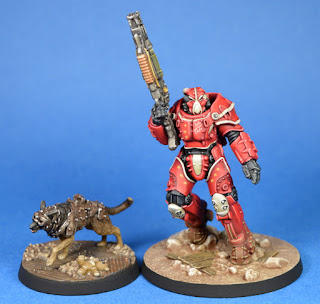 A bit more work than the dirty bare metal armour but good fun. A heftier gun on this dude too. Another dogmeat as well. I should point out that the scenic bases are rather nice but do add a fair bit of extra work in some cases.

To assist the survivors there's the ever handy mysterious stranger and Nuka girl. 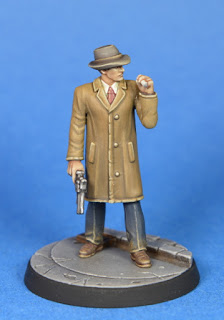 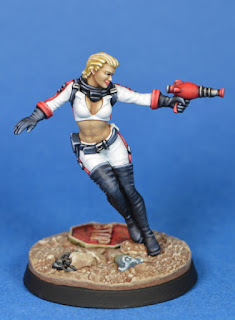 Can't say I'm familiar with Nuka girl as a character so maybe she's from Fallout 76 or Fallout 4 DLC I haven't played yet (still haven't finished the main game all these years on). The mysterious stranger is a bit of a wooden sculpt but he painted up nicely and in a way it kind of suits him. I do think Nuka girls' facial sculpt is a bit 'off' in some way but over all it's a nice enough model.

To go up against the survivors we've got super mutants. I rather like these models. My only real quibble is with a couple of bent weapons that no amount of straightening would keep straight. Had this problem with a few resin models over the years. I tend to use the hot water method to reshape resin but every time it slowly flexes back somewhat retaining it's bendy memory. 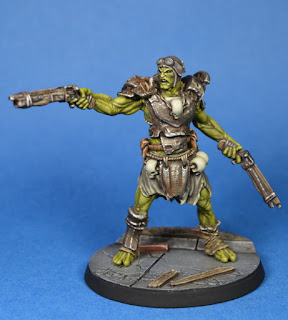 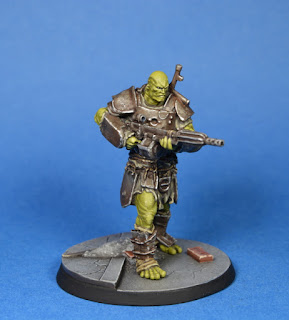 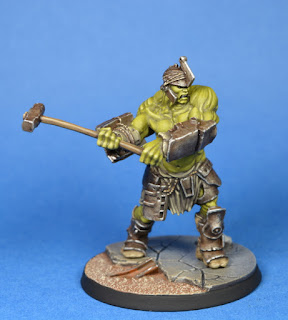 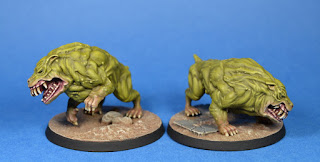 Recently added another to the set with the supermutant 'Hammer'. Don't know if that's his name or what he does but he was another fun one to do. His hound is the same model as the one on the left above so I gave it a slightly different colouring for the sake of variety. 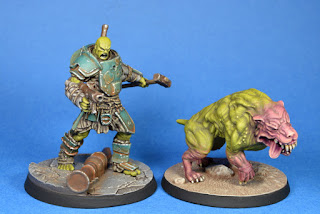 Finally for now we have some robots, my absolute favourite sculpts from this line so far. We've got assaultrons which I always found a little creepy in Fallout 4 and the models manage to convey that feeling for me as well. Never fun encountering these things. 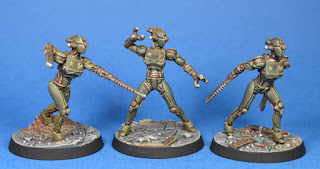 Then there's the ominous trundling sounds of the sentry bot. No matter how levelled up I am in Fallout 3 or 4 these always seem to be a distinct threat. Great model too and a lot bigger than I was expecting it to be. Definitely the best model in the range. Wish I'd taken a pic of it next to some regular sized models. Oh well. 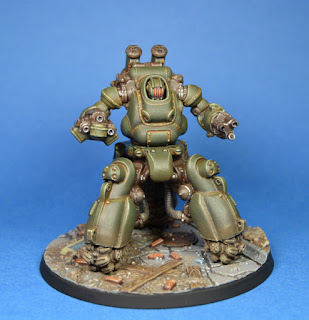 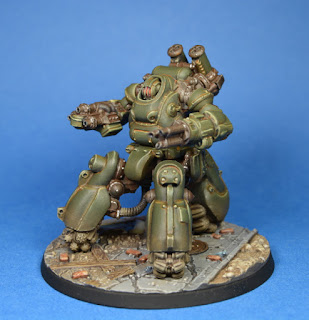 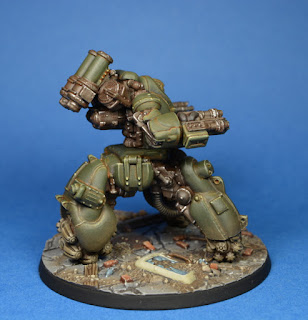 Rounding things off a pair of protectrons. Lovely models and at the behest of the customer I painted a police version. Really pleased with how both came out and very enjoyable to paint. Had to just paint on the red light on top of the police one but at a glance I think it passes pretty well. 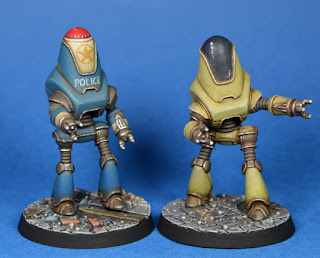 Like I say, there are more to do for this commission. There are a few Brotherhood of Steel models, some raiders and various wasteland critters including some ghouls and a deathclaw. It's likely to be a slow year in terms of output for me, much like last year but it'll all get done bit by bit.