Got the chance to paint up a nice bit of Warhammer history in the classic Empire war wagon. At the time of it's original release I was drifting away from GW, or at least what GW was becoming and I had mixed feelings about the new Empire range. On the one hand I kind of liked some of the models but they were also quite different in style from the classic 80's stuff and were synonymous with a changing GW (at least for me). The war wagon I didn't care for at all though. I thought it was a dumb idea, simple as that. Years down the line though I'm over all that knee jerk bull shit and I've grown to like a lot of what I wasn't keen on. 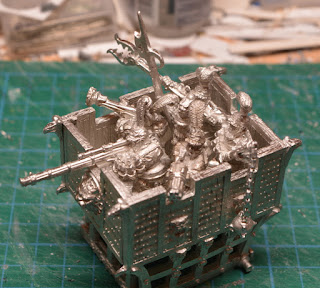 Being an older model and a metal casting the wagon itself didn't quite fit together perfectly. It's lacking a few right angles I think but thankfully it's not noticeable and the model sits properly. From the underside though that slight skewing can be seen and needed some gap filling to secure the floor. The only real problem was one of the end pieces of the lower structure was too misplaced and needed some trimming and filling to be able to get it into place. Whilst prepping the model I also discovered it was missing the yoke to attach the horses. A replacement couldn't be found so I cobbled one together from a piece from a beastman chariot, some metal sprue and a Grey Knight icon. I had to skin the beam with greenstuff and texture it to match as best I could. Never done that before and I'm quite pleased with the end result. 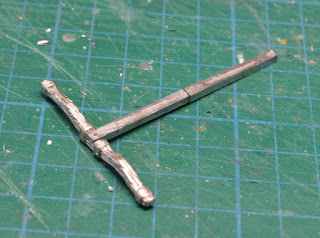 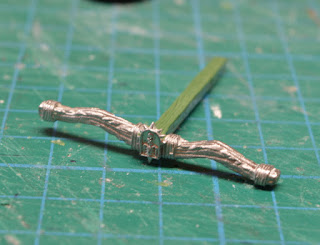 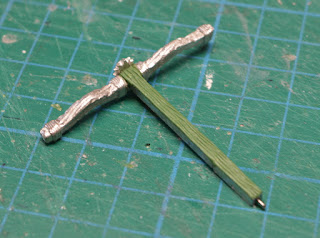 Fitting the crew in place was easier said than done. It's quite a squeeze in there and later I realised that on the studio model from the box art the crew appear to be sitting slightly higher up so they may have been mounted on an extra bit base. Got them all in though and drilled holes to pin them prior to painting which proved to be a really sensible decision.

Painting the crew and horses was nothing out of the ordinary. Base coating them all certainly took a while, especially with all those puffed and slashed sleeves. I had hoped to get the horses done a bit quicker but they proved to be a little more work due to their coloured armour. The freehand designs are semi-cheated. The shields are totally freehand but he crosses are overpainted decals I had printed out for something else. They were actually Maltese crosses or something so I painted over them to turn them into something a bit more Germanic. 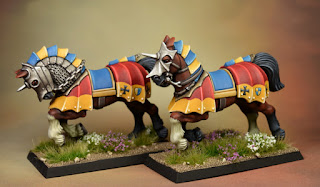 The wagon was a bit daunting at first, it's a hell of a lump and not something I've painted a lot of but it's just timber and bits so I settled into it pretty quickly. In some ways it came together quicker than expected. These things can drag on a bit and become real bug bears but the lower section of the wagon painted up in good time. The upper portion of the structure though took a bit longer. The coloured shingles got a bit annoying after a while and the timbering took longer than hoped. I think largely a result of the model being awkward to handle at that point and I really wish I'd left off the yoke until the end as it just got in the way. 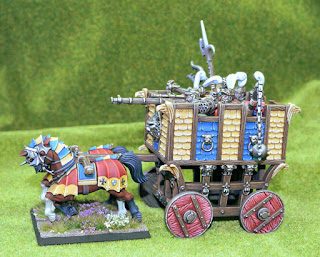 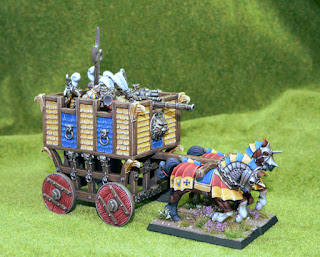 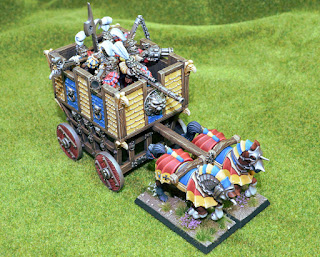 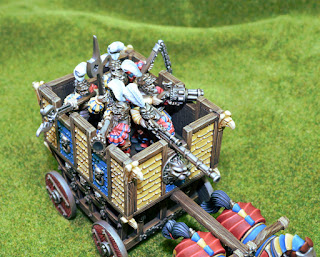 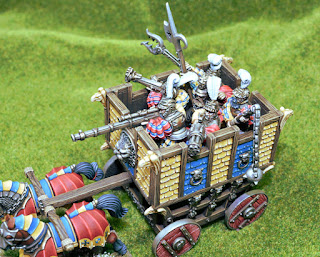 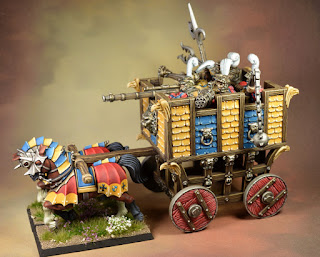 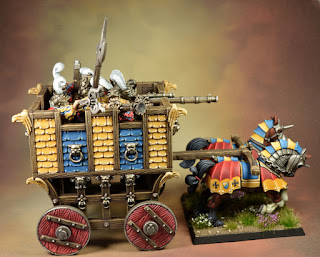 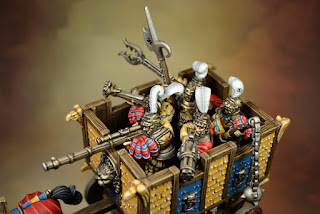 I was going to leave the crew loose for ease of packing the model for posting back to the owner but I ended up gluing them as they were really difficult to fit without damaging the paint work. Went with an epoxy glue rather than superglue just to ensure a solid join. 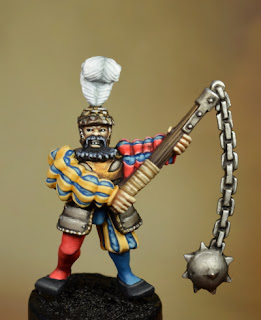 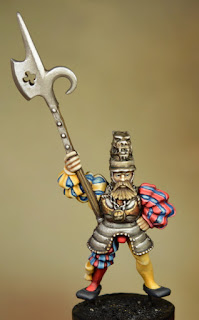 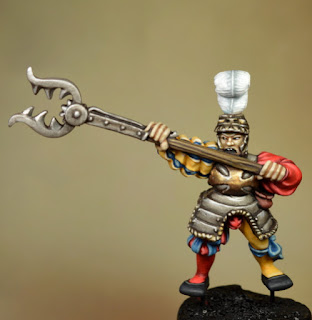 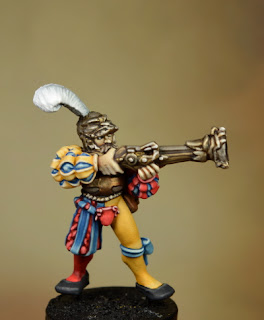 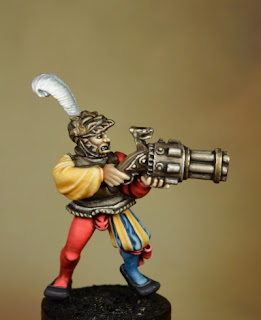 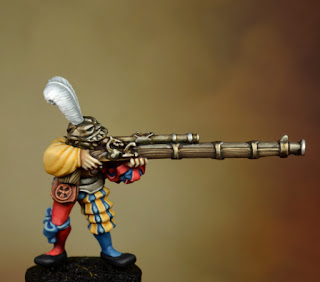